A visit to a Special Citizenship Ceremony at S.U.C.C.E.S.S. 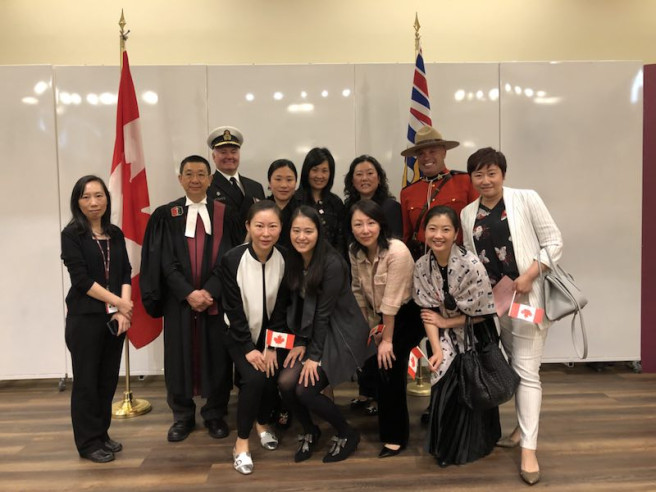 Newcomers witnessed a special Citizenship Ceremony at S.U.C.C.E.S.S. This is the first time S.U.C.C.E.S.S. hosted a citizenship ceremony in its 45 year history.Over 50 people from 28 countries of origin officially became Canadian citizens in the ceremony. In the midst of Canadian citizens-to be, their friends and loved ones, and our newcomer participants witnessed the citizenship ceremony in Choi Hall at the S.U.C.C.E.S.S. Head Office in Chinatown. 50 people took their oaths of citizenship, sang the national anthem and received their citizenship certificates, marking their first day as Canadian citizens! Citizenship Judge Roy Wong presided over the ceremony, and three distinguished guests shared with the audience their heartfelt reflections on what it means to be Canadian. This is the first time for many newcomers to experience a Canadian-style citizenship ceremony, and they were excited! Some of them are also LINC students, using the opportunity to actively practice their English: curiously listening to the sounds and phrases at the event, and eagerly sharing notes with each other afterwards. They also got the chance to take a photo with the presiding citizenship judge and attending officers after the ceremony!