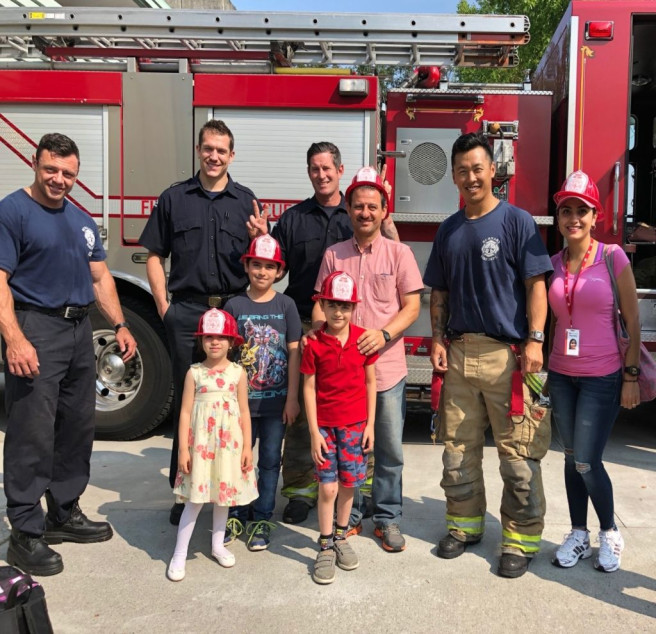 On August 16, 2018, a group of Arabic-speaking newcomers went on a tour to meet members of the Burnaby Fire Department and also visited the Burnaby Village Museum. This group was very fortunate to receive a private tour given by the president of the Burnaby Firefighters Association, Mr. Jeff T. Clark. The tour lasted for about an hour in which Mr. Clark explained to the group about the many helpful home fire prevention and safety tips that they can all put into practice at home with their own families. After that, a team of firefighters performed a demonstration on how fires are put out using water mist. The fire department tour was very informative. The group session ended by them expressing their sincere thanks to the firefighters for their time and effort as they appreciated what they learned from the visit to the Burnaby Fire Station. 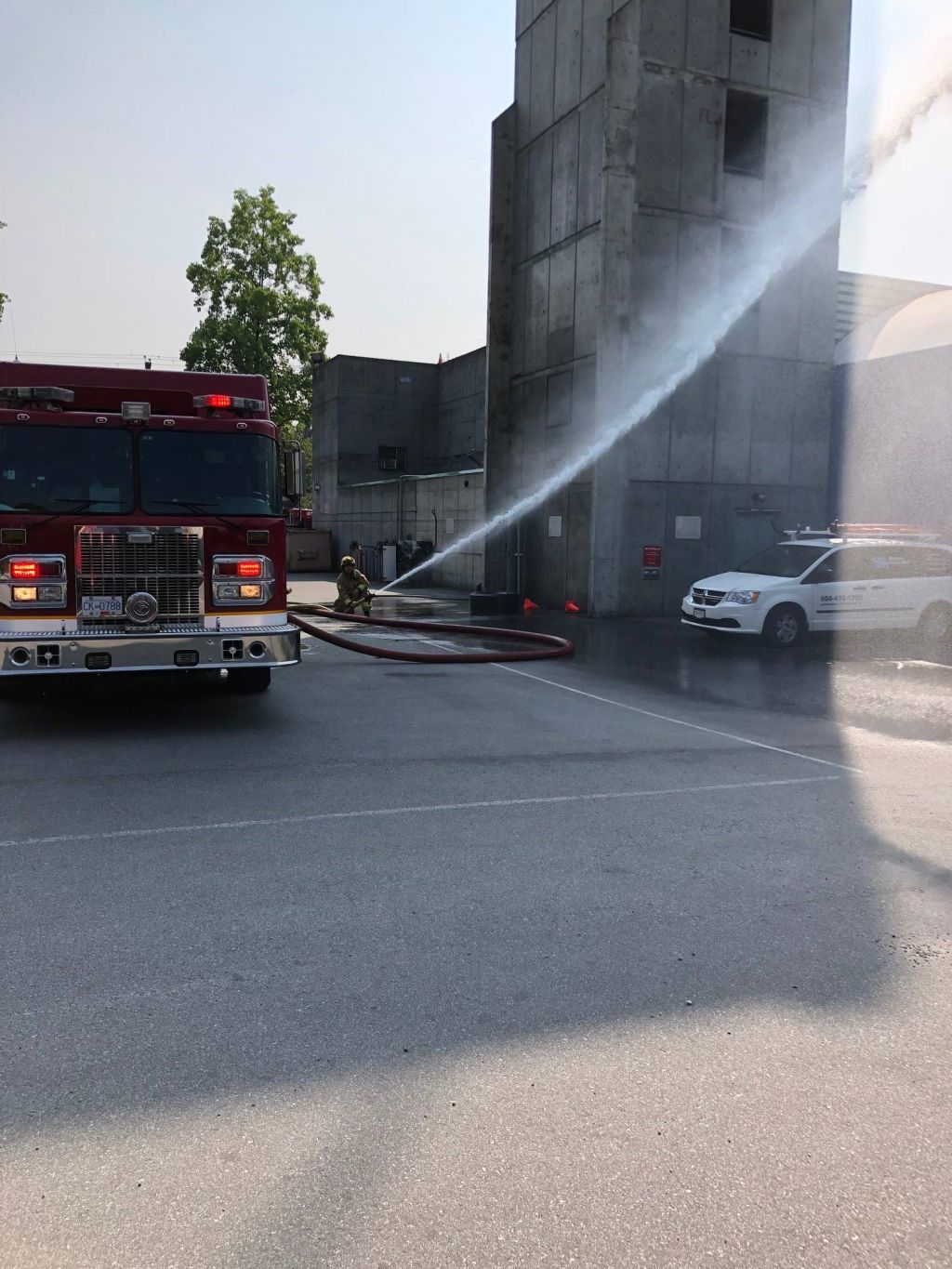 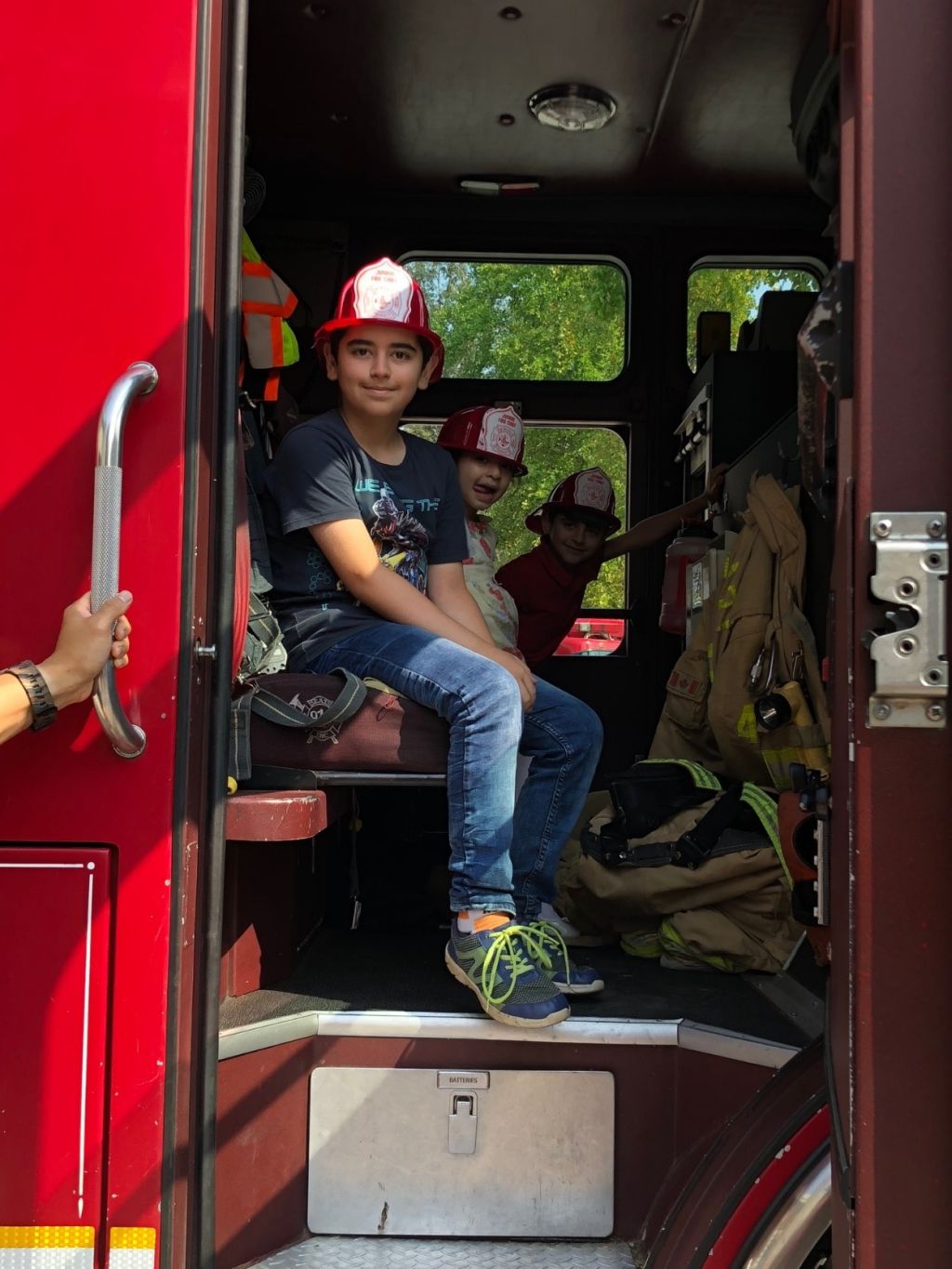 The group then walked over to the nearby outdoor Burnaby Village Museum, where history comes to life. The group walked down a garden path and visited an old farmhouse that was built in 1893. This farmhouse is one of the oldest surviving buildings in Burnaby. It was originally built on Cumberland Avenue. The main floor has been restored to its 1925 appearance. They learned about life on a family farm back then. They also strolled into the town to visit the old shops and homes in the village set in the early 1900’s. The young children also enjoyed riding the carousel and boarding the restored electric tram, originally built in 1912. The whole trip was a success. Everyone enjoyed their time and learned more about their community in Burnaby. 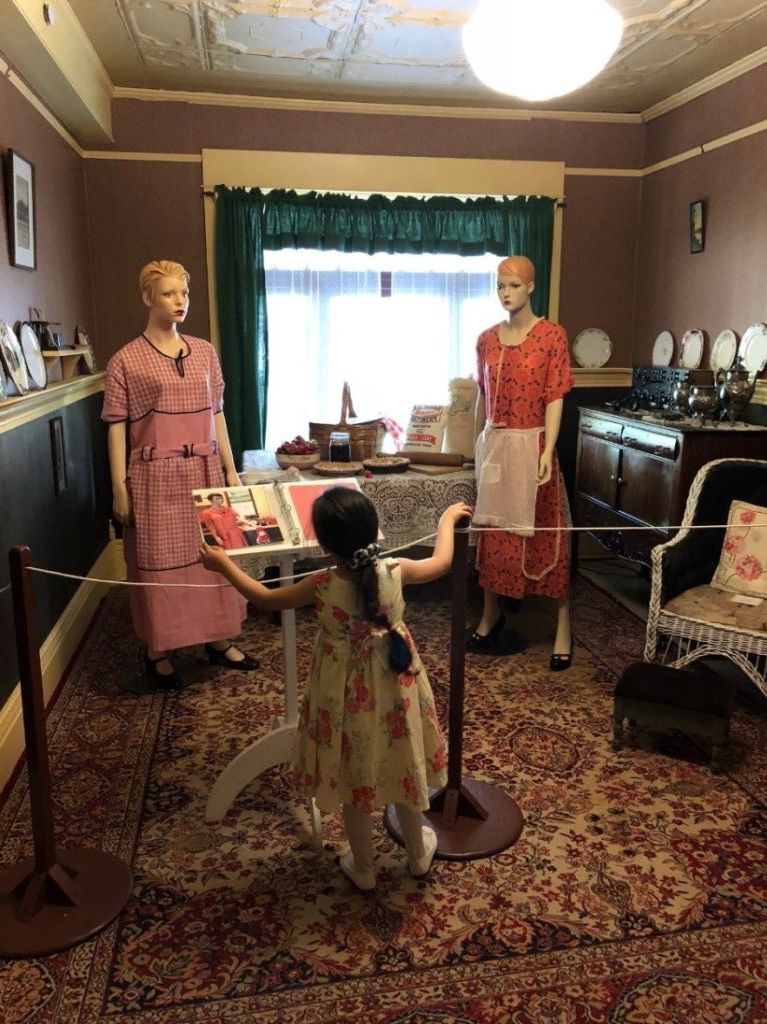