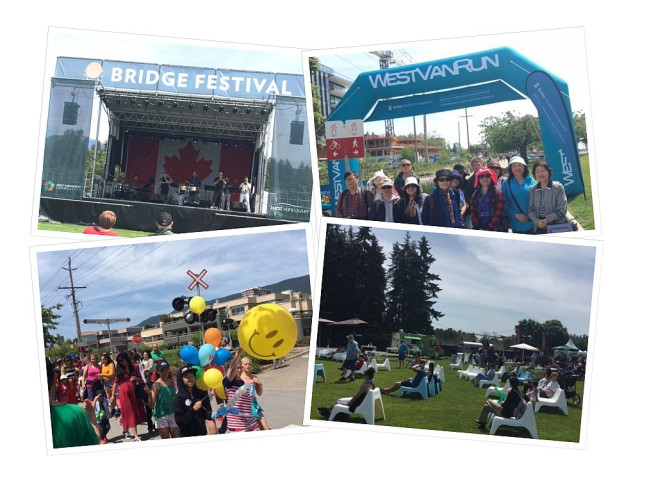 The Bridge Festival was held at Ambleside Park. We took the bus on Lion Gate Bridge to get to West Vancouver. Ambleside Park was a spacious park by the sea and the scenery was great. We took pictures and enjoyed the breeze.

The two major activities of the Bridge Festival were the West Van Run and a community parade. The festival also include live music performance, world show case, food trucks and play areas for kids.

The West Van Run included different levels of runners from kindergarteners to members from seniors’ centres. The multicultural parade was led by Indigenous people doing traditional dance, prayers and blessings followed by a Chinese Lion dance and different cultural groups. Everybody enjoyed the parade and cheered participants on at the finish line.