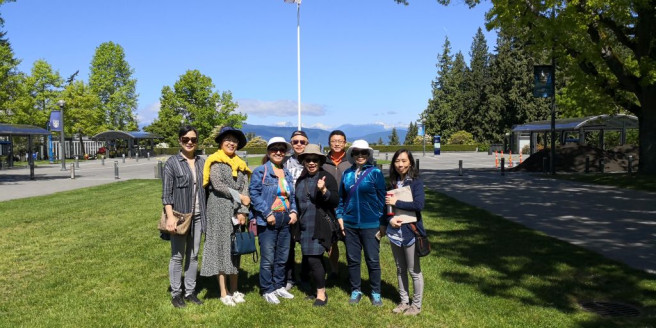 Guided by a UBC student ambassador with knowledgeable insights, our diverse group of newcomers visited educational and recreational facilities located in the northern part of this famous university. The Campus Tour allowed newcomers to be immersed in the histories of the campus as well as its interesting architecture.

The highlights of our tour included:

Newcomer parents were initially curious about campus facilities and services, envisioning what post-secondary education might look like for their children. Many were surprised to learn about the varied and fascinating histories associated with the places they visited as part of the campus tour. Even for those who live close to the campus community, the tour was an eye-opening experience that brought them closer to their neighbourhood.