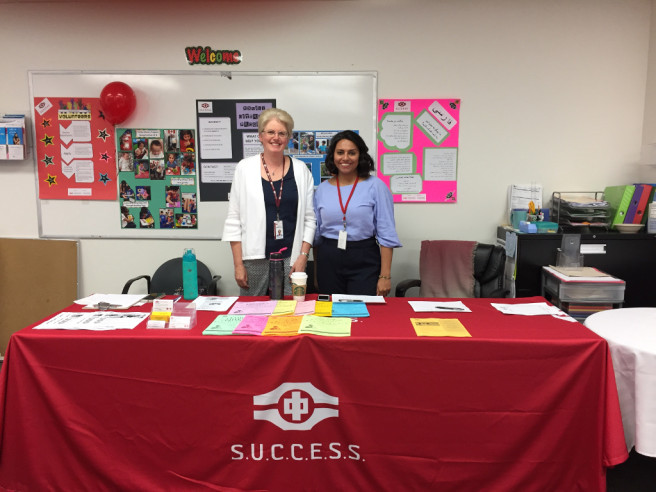 During the first week of classes in September, LINC students from both Surrey Service Centre locations were invited to attend the first annual Settlement Services Fair. The purpose of this event was to raise awareness about the various services and language supports offered by the Surrey-Delta Service Centre. Since this Centre runs LINC classes in the mornings, afternoons and evenings, staff worked together to make sure all student could attend.

Positive feedback was received from students, especially the LINC evening students, as many were not aware of the range of services offered during regular office hours. Students also pointed out that this event was a great opportunity for them to learn about upcoming workshops and to meet the Settlement Practitioner team.